In Memory of
Bob
Dwyer
2018
Click above to light a memorial candle.
Memorial Candle Tribute From
Plis Funeral Home, Inc.
"We are honored to provide this Book of Memories to the family."
View full message >>>
Plant a Tree In Memory of Your Loved One
Click Here
Menu 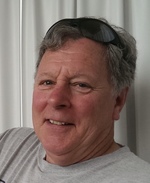 Bob Dwyer, 68, died at his home in Otisco on June 28, 2018. He grew up in the Valley and graduated from Central Tech H.S. in 1968. He was a talented woodworker and self-employed builder. He was an avid sportsman who enjoyed fishing, hunting, trap shooting, and gardening. In earlier years, he was active in the rod and gun club. He was predeceased by his longtime companion, Sharon Dunn, with whom he enjoyed antiquing and watching wildlife at their home.
He is survived by his children, Adelle (Paul) Ferreira, Corey (Renee), and Erin, as well as his beloved grandchildren, Ciara, Kiley, Madison, Miles, Kayla, Eva, Kieran, Jayda, and Carlin. Additionally, his siblings, Sheila (Richard) Louis, Dennis, and Tim (Cindy). His family adored him, and to say he will be missed will never be enough.
Calling hours will be held August 5, 12 – 3p.m. at Plis Funeral Home, 33 North St., Marcellus. Family and friends will gather after.
The family requests that in lieu of flowers, donations be made to the Otisco Fire Department in his name.

Provide comfort for the family by planting a tree in memory of Bob Dwyer, please visit our Heartfelt Sympathies Store.