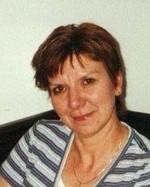 Charla Gallinger, 66, of Camillus passed away peacefully September 9th at Francis House. Charla devoted her time to her family. She enjoyed spending time with her grandchildren, often taking them to Webster’s Pond, and she never passed up an opportunity for a quick trip to Gannon’s Ice Cream. She also enjoyed gardening and baking. There wasn’t a holiday that went by that her kitchen wasn’t filled with an abundance of cookies or pies.

She was predeceased by her parents, Antoinette and Don Young; sister, Marcia Joanne; brother, John Robert.

Calling hours for Charla will be from 4-7 p.m. Thursday September 13 at the Plis Funeral Home, 33 North St., Marcellus.

Memorial donations in Charla’s memory may be made to either The Francis House or Hospice of CNY.

To send flowers to the family or plant a tree in memory of Charla Gallinger (Young), please visit our Heartfelt Sympathies Store.