To share your memory on the wall of Douglas Coon, sign in using one of the following options:

To send flowers to the family or plant a tree in memory of Douglas Hammill Coon, please visit our Heartfelt Sympathies Store.

Receive notifications about information and event scheduling for Douglas

We encourage you to share your most beloved memories of Douglas here, so that the family and other loved ones can always see it. You can upload cherished photographs, or share your favorite stories, and can even comment on those shared by others.

Posted Apr 07, 2019 at 08:52pm
Corrine and your family, please know you are in our prayers during this time. Rose Marie Train
Comment Share
Share via:
EJ

Posted Mar 27, 2019 at 06:07pm
I was saddened to read of the passing of Brother Coon, and my thoughts & prayers are with his family, friends & chapter brothers. While I never had the honor of meeting Douglas, I pledge that the SigEp Patriots Project will always remember him, his life & patriotic service.
Comment Share
Share via:
MZ

Posted Mar 27, 2019 at 05:00pm
It is with a heavy heart to write in acknowledgement of Doug's passing.
He was a true gentleman and one of the most giving Kiwanian in our community.
Our prayers are offered to you all.
With deepest of sympathy,
Melanie Ziel
Syracuse Kiwanis, Past President
Comment Share
Share via: 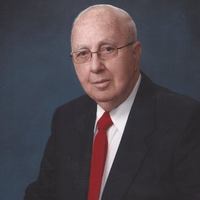 Douglas Coon
1
4
Add Photos
Upload up to 10 images at a time, max 8MB each