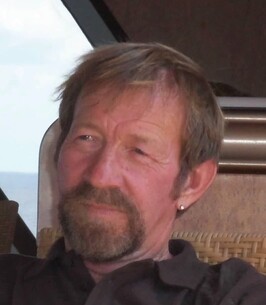 Kevin C Fichter, 71, of Elbridge, passed away peacefully at home surrounded by his family. Born February 23, 1951 in Syracuse to the late Charles and Beatrice Fichter. He was also predeceased by his daughter in law Becky Fichter
Kevin graduated from Liverpool high school in 1968. He met the love of his life, Nancy Negus and they married in August 1970. He went by many names, “KC” “Chuck Norris”, “Pop in law” “Old man” but “Poppy” was his favorite. his favorite catch phrases “OK boss'', “look it” and “you know what I’m saying” were often heard. He was a hard-working man and started working at a very young age, He owned a floral shop in Fulton for many years. He then worked at Diamond roofing as a foreman. After his retirement, he worked for his son Casey's business, Clean Cut Lawn Care. When he became ill, all he wanted was to be able to work alongside his son. There was nothing Kevin could not do and did it with such passion and perfection. Kevin was always there to lend a hand with landscaping, painting, fixing just about anything or giving his opinions whether you wanted it or not. His passion was making beautiful floral arrangements for friends and family. He always “went big” and asked for very little.
Most of all, Kevin was best known and will be remembered always for his Christmas wreaths. During the holiday months Kevin could be found down in his “workshop” Spending endless hours making wreaths and watching Fox News yelling at the tv. He taught his daughter, Tina how to make Kissing balls. She always expected a dozen calls from him “look it, I need just 2 more” Every year since she was 3, his granddaughter, Allison, would write “I love you Poppy” and the date on the shelf above his workbench. He had many customers that became his close friends that came back year after year. It was Kevin's favorite time of the year and made Christmas magical. A friend said it best “He made some mighty slick Christmas wreaths and was fun to be around. “You know what I’m sayin’” I'll bet Kevin and Becky are starting to decorate heaven right now”
Kevin had so many friends that put up with his political BS. He was always up for a good debate when politics was mentioned and you could bet he would hold nothing back. Kevin enjoyed going on cruises with family and friends and trips to Disney. He worked endless hours in his yard and took great pride in his pond. Most of all he loved his wife, his children and granddaughters unconditionally.
Kevin is survived by his loving wife of 52 years, the former Nancy Negus, son Casey Fichter, Daughters Tina (Jeff) Rudiger and Crystal Pierce. Granddaughters Allison Rudiger and Hannah Fichter and also Kelsey (Randy) Plucinik that was also thought of as his granddaughter. A great grandchild, “a blessing sent at a time of sadness” will be welcomed in early 2023. He is also survived by his brothers Thomas and Charles, sisters Debbie and Karen, several nieces, nephews and cousins and a multitude of friends that have become his family. His dog, Duncan, was always by his side. Kevin will be watching over all of us probably thinking “WTF is going on down there”. His memory will forever live in all our hearts.
Calling hours for Kevin will be 5-7 pm Wednesday August 31, at the Plis Funeral Home, 33 North St Marcellus. Private family entombment will be in Greenlawn Cemetery.
Memorial donations may be made to Heatherstrong Heroes, 240 E Main St, Elbridge NY 13060.