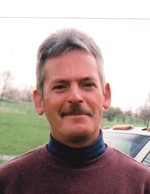 Loren W. Torrance, Jr., 63, of Amber, passed away peacefully surrounded by loving family on Monday, February 12th, following a long, courageous battle against Progressive Supranuclear Palsy.
Born in Lake Placid, NY, Loren graduated from Lake Placid High School and then moved to Syracuse to pursue a career in music. He began his journey into law enforcement as a security guard for K-Mart. He joined the Onondaga County Sheriff’s Department in 1988, rising through the ranks and retiring as a Lieutenant in 2011. While serving, Loren displayed the utmost professionalism and always led by example. He received numerous awards and accolades throughout his career including Deputy of the Month, the Wilbert S. Currie Medal of Distinction, and several special commendations from the Department. Loren was very proud of the legacy he built and the service he provided during his 23 years with the Sheriffs.
Off-duty, Loren enjoyed playing his guitar, riding his Harley and his John Deere tractor, and keeping the chickens safe from the foxes. He looked forward to returning to Lake Placid every summer for the annual family reunion and softball game.
He was predeceased by his father, Loren, his mother, Dorice (Wescott), and his brother, Ward.
He is survived by his wife, Laurie, his two sons, Daniel and Todd (Danielle), his other children Jonathon and Jodi, sisters Alta (Art) Dostal and Carol (Doug) Hoffman, brother, Arti, six grandchildren, and several nieces and nephews.
Loren enjoyed life. He was loved and respected by many and will be incredibly missed.
Calling hours will be held on Friday from 4:00-7:00 pm at the Plis Funeral Home, 33 North St., Marcellus. The funeral will be held at the Amber Congregational Church on Saturday morning at 11:00, followed by a reception at the Amber Fire House.
In lieu of flowers, the family wishes donations be made to the curePSP foundation (psp.org).

Provide comfort for the family by planting a tree in memory of Loren W. Torrance Jr., please visit our Heartfelt Sympathies Store.