To share your memory on the wall of Malcolm Wheeler, sign in using one of the following options:

To send flowers to the family or plant a tree in memory of Malcolm E. Wheeler, please visit our Heartfelt Sympathies Store.

Receive notifications about information and event scheduling for Malcolm

We encourage you to share your most beloved memories of Malcolm here, so that the family and other loved ones can always see it. You can upload cherished photographs, or share your favorite stories, and can even comment on those shared by others.

Gerry, Chris, Sara, Rich, Denise, Melissa, Jim and Cathy Edinger, and other have sent flowers to the family of Malcolm E. Wheeler.
Show you care by sending flowers

Posted Feb 10, 2019 at 02:21pm
Have fond memories of Malcolm. Our prayers and sympathy to your family at this difficult time. Cliff and Sally Wilson
Comment Share
Share via:
Posted Feb 10, 2019 at 06:09am
Cheryl and family- I am deeply and sincerely sorry for the loss of your beloved father. May his memories help sustain you during this difficult time. Love Belinda
Comment Share
Share via:
HS

Posted Feb 09, 2019 at 12:40am
Malcolm Wheeler brought so many gifts to our life. We will never forget him, love you and rest easy. Love, Brian, Lindsay & Noah Fisher

Flowers were purchased for the family of Malcolm Wheeler. Send Flowers

Posted Feb 08, 2019 at 08:04am
Our Thoughts to all of you . Malcolm left a legacy that will never be forgotten being a dedicated Husband, Father and Grandfather and his Dedication to the Fire Service and lastly but just as important was his work ethic! They just don't make many like him any more and we sure could use Men like him today! May he have a well deserved rest and May God Bless You All. Mark & Debbie Henderson and Family
Comment Share
Share via:
GM

Posted Feb 07, 2019 at 08:19pm
Please accept our most heartfelt sympathies for your loss... Our thoughts are with you and your family during this difficult time. 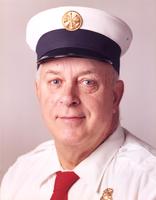 Malcolm E. Wheeler
1
4
Add Photos
Upload up to 10 images at a time, max 8MB each