To share your memory on the wall of Michael Bolak, sign in using one of the following options:

Following his return from Vietnam, Michael began his career at AT&T. While working full-time, he earned two Associates Degrees in Criminal Justice and Business Management from Auburn/Cayuga Community College. During his tenure with AT&T, Michael worked in Syracuse, White Plains, and Rochester and held the position of National Service Manager for the Xerox account. After nearly 35 years with the company, Michael retired in 2003.

Over the years Michael enjoyed boating on Owasco Lake, collecting antiques, and was an avid deer hunter. He was a member of the Falcon Sportsman’s Club, Telephone Pioneers of America, and served as a volunteer on the board for Empire Federal Credit Union.

Michael is survived by, his wife of 50 years, Allison (Hedges) of Auburn, two daughters, Elizabeth (Steven Grosz) and Sarah (Ephrem Shiferaw), and two granddaughters, Madison and Mackenzie Grosz, all of Northern Virginia, his brother Robert of Saranac Lake, several aunts, uncles and cousins.

Friends are invited to call Tuesday from 4 to 7 p.m. at the Plis Funeral Home, 220 State St. Funeral services will be at 10 A.M. Wednesday at the funeral home. Burial with Honors will be in St. Joseph’s Cemetery.

Contributions in Michael’s name can be made to Hospice of the Finger Lakes 1130 Corporate Dr., Auburn, NY 13021 or the Gary Sinese Foundation for Veterans (online or P.O. Box 368, Woodland Hills, CA 91365).
Read Less

To send flowers to the family or plant a tree in memory of Michael T. Bolak, please visit our Heartfelt Sympathies Store.

Receive notifications about information and event scheduling for Michael

We encourage you to share your most beloved memories of Michael here, so that the family and other loved ones can always see it. You can upload cherished photographs, or share your favorite stories, and can even comment on those shared by others.

Posted Jan 23, 2020 at 07:11pm
My condolences to the family. We grew up together and shared many hours of fun.
Tom daum
Comment Share
Share via:
MQ

Posted Jan 23, 2020 at 04:05pm
Mike,
I do remember the good times and enjoyed working with you from time to time. As we get older these memories become more precious.
Mike Quigley
Comment Share
Share via:
KL

Posted Jan 20, 2020 at 09:49am
Our deepest sympathies. Love Steve,Toni and Samantha Tartaglino

Flowers were purchased for the family of Michael Bolak. Send Flowers

Flowers were purchased for the family of Michael Bolak. Send Flowers 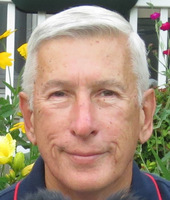