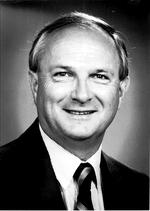 Paul F. Hayden, age 76, was lifted up by our Heavenly Father at his South Onondaga home on December 17th, surrounded by his loving family. Paul was educated at both Onondaga Central School and graduated from Nottingham High School. Paul continued his education by taking several courses in Supervisory Skills and Management at Clarkson University and the University of West Virginia, as well as management seminars at Cornell University. He served his country for six years in the Air National Guard.

Paul was employed by Niagara Mohawk for 30 years. At the time of his retirement he was a supervisor of Corrosion Control. Paul was also a member of the Niagara Mohawk 25 year club. Always wanting to help others, he started the Hayden Handyman Service, due to his love of being Mr. Fix It. His ability to always get the job done was admirable. ”Making something out of nothing” was the family motto which he achieved many times over the years.

Faithful to his choice in community service, Paul was past president and a member of the South Onondaga Fire Department. Other recipients of Paul’s kind and giving nature were The Cub Scouts, Apple Valley Little League, various school groups including the Citizens Advisory Committee. He served for eight years on the Onondaga Central school board, as a member and past president. He also served on the South Onondaga Cemetery Board of Trustees. He was a loyal member of St. Paul’s United Methodist Church.

Paul lived his life by putting his family and friends first. He found joy in their company, telling stories and always willing to lend a hand. He lovingly found time to tinker with projects for his sons and grandchildren. As an avid hunter, boater, gardener and all-around outdoorsman, his zest for life was unparalleled. Paul had the uncanny ability to uplift everyone’s spirits with his contagious smile, laughter, and love for all whom he encountered.

Provide comfort for the family by planting a tree in memory of Paul F. Hayden, please visit our Heartfelt Sympathies Store.