To share your memory on the wall of Richard Dillon, sign in using one of the following options:

Receive notifications about information and event scheduling for Richard

There are no events scheduled. You can still show your support by sending flowers directly to the family, or planting a memorial tree in memory of Richard G. Dillon.
Plant a Tree

We encourage you to share your most beloved memories of Richard here, so that the family and other loved ones can always see it. You can upload cherished photographs, or share your favorite stories, and can even comment on those shared by others.

Posted Jun 09, 2019 at 08:43pm
I was so very sad to read this. Dick was a sweet , successful man. My best friend Carla and Dick share a son..Mathew Blake Dillon spittin ' image of his dad. Bless your family. All are in my prayers.
Comment Share
Share via:
KB

Posted Feb 10, 2019 at 05:04pm
Donations may also be sent to St. Francis Xavier Church in Marcellus or to The Boys and Girls Club of Syracuse. ~ Kathy Dillon Brownjohn
Comment Share
Share via:
HS

To his Marcellus Central School Class of 1960 classmates, he was known as Dick Dillon, a kind, gentle and respected friend to all. His successful life is a testament to what can be accomplished through determination, persistence and hard work. He lived his live as an exemplar of dedication, caring and responsibility, to others and God. Our classmate, Ty King, perhaps made the best observation of Dick, "He was a good guy."

Ron Fiske, Paul Vidler and Dick's other MCS classmates send their heartfelt condolences to the Dillon Family so they know they are not alone in their bereavement. 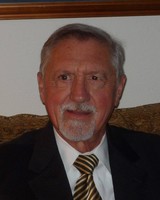