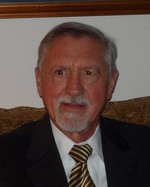 Richard Gerald Dillon died January 19, 2019. He was born in Syracuse, New York on September 16, 1942 to Irish and German parents, Thomas Edward Dillon and Alice Jeanette Schmunk. He enlisted in the United States Air Force upon his graduation from Marcellus Central School in 1960, serving for 8 years in climatology where he learned to operate and program computers, his eventual professional career. His service took him to Texas for basic training, Loring Air Force Base in Maine, Offutt AFB at Headquarters Strategic Air Command's underground a secured facility during the Cuban Crisis and finally to the 5th Air Force Headquarters at Fuchu Air Station, Tokyo, Japan.
Upon leaving military service, the family relocated to Ft. Worth where he attended Texas Christian University for a short period of time until it became necessary to support his young family. He used his military training in computers to begin a professional career in the development of computer based manufacturing application systems.
He settled in Dallas, Texas as a Consulting Services Manager for a large software development company based in Atlanta, Georgia. While with this company he met and married Patricia Ann Lumpkin.
In 2002 he and Patty relocated to Spring, Texas to be closer to Patty’s family where they attended Resurrection Lutheran Church. While at Resurrection, Dick taught Sunday School, ushered, and assisted the Altar Guild. Dick and Patty enjoyed playing golf and going on beach vacations.
Richard is preceded in death by his parents, Thomas and Jeanette Dillon and brother James. He leaves behind his wife of 18 years, Patty, and his three children Michael Dillon and his wife Laura, his daughter Lisa and her husband Kevin, and Matthew Dillon and his wife Brandy, his brothers, Thomas Dillon and wife Sharon, David Dillon, and his sister Kathleen Brownjohn and her husband Alan along with 8 grandchildren, 7 great grandchildren and several nieces and nephews.
Memorial donations in Dick’s memory may be made to Contact Community Services for suicide prevention.