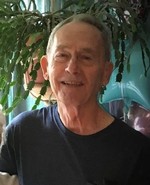 Robert P. Szoka of Marcellus,NY passed away June 11, 2020 at Crouse Hospital. Robert was 83 years old and born December 29, 1936 in Buffalo, NY to Katherine (Szoka) Vogel and Joseph Szoka. He was an avid gardener and woodworker and enjoyed spending time with his family and vacationing in Maine and Georgia with his wife of 63 years, Laura.

He joined the Navy in 1957 and was honorably discharged in 1961 with a degree as an Electronic Technician. Robert is survived by his wife Laura, his daughter Cheryl Dexter, son Mike (Kath) Szoka, daughter Carol (Larry) Wheeler, grandchildren whom he loved spending time with and imposed his wisdom and values, and great stories of his Navy years; Travis, Cody, Mariah and Heidi Wheeler, Brad and Madison Szoka, and many great-grandchildren.

There will be a private remembrance service in their home on June 20th for family and close friends.