Obituary for Steven A. Cox 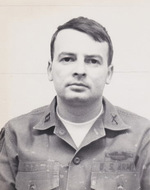 Captain Steven A. Cox, 75, passed away on September 12, 2019 at the Syracuse VA Medical Center. Steve was born in 1944 in Bangor, Maine to Eileen (McNulty) and William A. Cox, Jr, graduated from Maine Central Institute and Babson College. Steve served in the Vietnam War as a U.S. Army infantry officer where he was wounded in action receiving the Purple Heart Medal and a Bronze Star Medal with V for heroism against the enemy. After retiring from the Army, he worked for many years as an executive in the food service and hospitality industry throughout the country. Steve had a gregarious personality and took great pleasure in his many family members and friends. Steve is survived by his daughter Kris, his son Patrick and his wife Sarah and their children James and Caroline, his brother Kerry and his wife Debbie along with his lifelong friends Peter, Paul and Ned. His family would especially like to thank the staff at the VA, particularly those who cared for Steve at the Community Living Center for their kindness to Steve and his family. Local calling hours will be from 7:30 to 9 pm on Wednesday 18, September at St John’s Church in Marcellus. Steve will be interred with military honors at noon on Saturday the 21st of September at Mt. Pleasant Cemetery in Bangor, Maine. A reception will follow in the Black Bear Room at Seasons Restaurant on Main St. in Bangor.