To share your memory on the wall of Al Wasilenko, sign in using one of the following options:

To send flowers to the family or plant a tree in memory of Al Wasilenko, please visit our Heartfelt Sympathies Store.

Receive notifications about information and event scheduling for Al Wasilenko

We encourage you to share your most beloved memories of Al Wasilenko here, so that the family and other loved ones can always see it. You can upload cherished photographs, or share your favorite stories, and can even comment on those shared by others.

Posted Aug 10, 2020 at 12:12am
Family of Al...what a nice guy Al was! He is now beginning his eternal life in the Heaven we all believe in and pray for. What great memories he has left for each of us to remember. I first met Al when I spent a year at Firth Carpet...and have thought of him many times since then. Prayers are in order, lots of them. They are listened to. Trust a God.
Comment Share
Share via:
DD

Posted Aug 09, 2020 at 11:22am
Dear Mary, Edward, Judy & George,
and Family,
First and most important please, know that you are ALL in my thoughts and prayers at this time with the loss of your Father, Grandfather, Brother. We were a very blessed neighborhood fifty plus years ago to experience all the different kinds of life long friendships we made with everyone in our block. We all learned many valuable lessons from the different cultures and hard working men there. Your Father is one of the most memorable to me and how he took such good care of his family. Also he and your Mother raised their four children to be fine adults. You always were there for your Dad in the end taking good care of him for many years and seeing that he was loved. May your Dad be resting in peace forever with his beloved Alice now. You ALL definitely have an ANGEL in HEAVEN ! Sending my Deepest Sympathy with priceless memories from the past to be a small part of your families lives.

May God Comfort You ALL,

Posted Aug 09, 2020 at 06:55am
My condolences to Al's family. I worked with Al for many years at Cayuga Community College and always respected him and enjoyed his company. He could put a smile on your face better than anyone and his quick wit put people at ease. He was fun to be around. The word at the College was "Al is a good man" and he was that. He earned and enjoyed the respect of all. A good, likeable, dedicated man, Al will be missed by many. I was lucky enough to know him! May he rest in peace! Doug Michael
Comment Share
Share via: 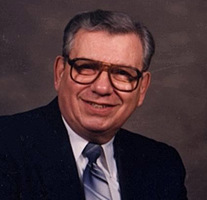 Alexander "Al" Wasilenko
1
4
Add Photos
Upload up to 10 images at a time, max 8MB each