To share your memory on the wall of Pop Annable, sign in using one of the following options:

To plant a memorial tree in honor of Pop Annable, please visit our Heartfelt Sympathies Store.

We encourage you to share your most beloved memories of Pop Annable here, so that the family and other loved ones can always see it. You can upload cherished photographs, or share your favorite stories, and can even comment on those shared by others.

Everyone at Nightingale's (The "Mill")

Posted Mar 04, 2019 at 12:47am
“Pop” a pillar of the Navarino community! I will never forget your kindness during the 15 years we lived in town. You and Janet were so good to our growing family. Often, I sit on my Dads bench at Marcellus Park and praise the workers who groom and care for our treasured park.
Pop, thanks for being a man of Godly character. Your impact here has made a difference.
Comment Share
Share via:
S

Posted Mar 03, 2019 at 10:14pm
So sorry to hear about the loss of a great Navorino man. He’ll be surly missed by all that knew him. My prayers will be ongoing for him and his family 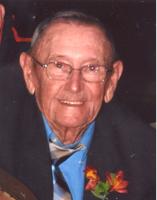