To share your memory on the wall of Bruce Baker, sign in using one of the following options:

There are no events scheduled. You can still show your support by sending flowers directly to the family, or planting a memorial tree in memory of Bruce R. Baker.
Plant a Tree

We encourage you to share your most beloved memories of Bruce here, so that the family and other loved ones can always see it. You can upload cherished photographs, or share your favorite stories, and can even comment on those shared by others.

Posted May 17, 2020 at 12:49pm
My deepest sympathies to Paul, Suzanne, Diana and Amy for the loss of your father and my colleague at Marcellus CSD Art Department. For 13 years Bruce was my fellow Art teacher at Driver Middle School. I learned and benefited from his expertise and organization as a beginning teacher. I always enjoyed our annual Art Shows in the middle school gym and seeing you and your Mom appear at the end of the show to help take down. Sending love to you and your families.

Thank You so very much. My sisters and I all have fond memories of You and those Days. Our best wishes to You & Yours. Be Well, Paul Cezanne Baker
DR

Posted May 15, 2020 at 08:02am
Your Father, Grandfather, and Brother was a wonderful Artist and Teacher. With the capable student, he was in his glory. With the less able, he accepted the challenge and helped the student to find success. I think he was in his glory, just in a different way. He encouraged a terrible Visual Artist to try, and to find a way to express himself in the various media in which he was so capable. After numerous attempts, he found one that worked - very basic mechanical drawing - and off I went. The collaborative final project for our class he allowed me and my Best Friend to do was one that was displayed in the Art Show, which earned a good grade, and made me feel good about my interaction with Visual Art, after many years of trying!

While my career has taken me into education and the performing arts, I have used the mechanical skills on more than one occasion with success! I drew a floor plan for a new Music classroom, which an architect understood, developed, and turned into brick and mortar. I taught in that room for four years! I learned how to appreciate the Visual Arts, and how to employ them in ways to enhance my students' and my performances. I subbed in Marcellus for six years as an undergrad and a grad student, until I earned my own teaching position. Every time I subbed in the Middle School, I got to see him, and we chatted - briefly, on most occasions, and had some good exchanges. I even got to see him smile. As I recall, he would encourage us to "bring forth" when creating Art. While I don't "bring forth" in Visual Art, I have learned how to do it in Performance and teaching, and I try very hard to encourage the same in my students. I recall seeing a few pieces of his Art on display, and I was amazed. As a student, I never saw our Teachers' works (except for our Music Teachers). I wish we had seen more of his, for he was truly gifted.

Mr. Baker was a part of a unique Faculty in an exceptional School system. I am grateful for his role in shaping me, and my fellow students to achieve artistic fulfillment. Please accept my sincerest condolences for your loss.
Comment Share
Share via:
PB

Thank You so very much Mr. Rudari for your kind refection on our Father. I have no doubt he would be humbled by your remembrance here and would claim that any lesson is only as good as the Student who learns from it, makes it. Thank You again & Be Well, Paul Cezanne Baker 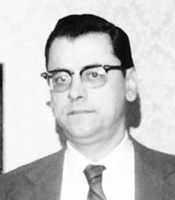 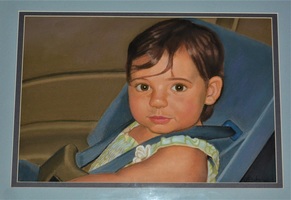 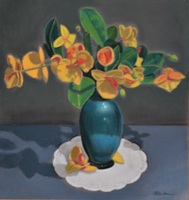 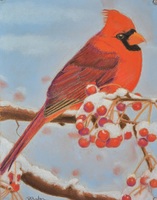