To share your memory on the wall of Lowell Foland, sign in using one of the following options:

To send flowers to the family or plant a tree in memory of Lowell James Foland, please visit our Heartfelt Sympathies Store.

Receive notifications about information and event scheduling for Lowell

We encourage you to share your most beloved memories of Lowell here, so that the family and other loved ones can always see it. You can upload cherished photographs, or share your favorite stories, and can even comment on those shared by others.

Posted Sep 24, 2020 at 01:58pm
Mrs Foland’, Todd, Amy and Louise,
So sorry to hear of Mr Foland’s passing. I have such fond memories of him driving us around in the Model T ( or maybe A) Ford he used to have! Amy, Louise and I bouncing around with him on the school field behind your Angola house. Those were such fun times! You are all in my prayers. Julie (Kinn) Lohr
Comment Share
Share via:
HS

Posted Sep 14, 2020 at 04:24pm
We were sorry to hear about Lowell's passing. I enjoyed working with him on the Tuscarora Lake Association Board for many years and looked forward to talking to him at the general meetings after he stepped down. Lowell was just a nice person who was easy to talk and laugh with. He was a true gentleman and was sorely missed when they left the lake. Our thoughts are with his family for the loss of such a good person.

Posted Sep 14, 2020 at 09:25am
Dear Joan,
I will always remember what good friends you and Lowell were to my mother, Mary, at Maple Downs. She truly enjoyed your friendship and conversations. You and your family have my deepest sympathy at this difficult time. Sharon Osuchowski
Comment Share
Share via:
LG

Posted Sep 13, 2020 at 08:18pm
I am so sorry your hearts have to hurt with this overwhelming sadness, loss. I am praying for you all as you work through this time. I love you! 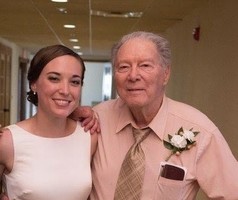 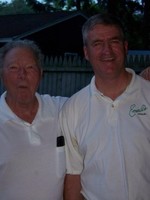 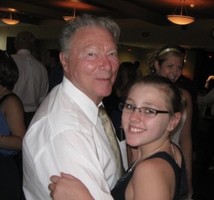