To share your memory on the wall of Percy Clarke, Jr., sign in using one of the following options:

Provide comfort for the family by sending flowers or planting a tree in memory of Percy Clarke, Jr.

Provide comfort for the family by sending flowers or planting a tree in memory of Percy Clarke, Jr.

To send flowers to the family or plant a tree in memory of Percy Clarke, Jr., please visit our Heartfelt Sympathies Store.

We encourage you to share your most beloved memories of Percy Clarke, Jr. here, so that the family and other loved ones can always see it. You can upload cherished photographs, or share your favorite stories, and can even comment on those shared by others.

Posted Aug 16, 2019 at 10:23am
Percy, Joanna, Jess, Jay, Bella, Sophie & Seamus: I am so very sorry for our loss. Your Dad/Grandfather meant the world to me. He loved you all so much and enjoyed the time he spent with you. He bragged about all of you; you were everything to him. May the memories you have keep him close in your heart always. He will be missed. May he rest in peace. Love you guys, Kelly Johnson
Comment Share
Share via:

Posted Aug 13, 2019 at 08:31am
Our tailgate parties at SU football games will not be the anyway near the same withoutt Percy. RIP friend!
Comment Share
Share via:
MJ

Posted Aug 13, 2019 at 12:09am
Our thoughts and prayers go out to Percy’s family. We are so glad to have met him and that he treated us like his family. He was a great man❤️
Comment Share
Share via:
DR

So Sorry for your loss, He was a very caring and friendly outgoing man and I will miss seeing his smiling face around. We are sending our prayers. 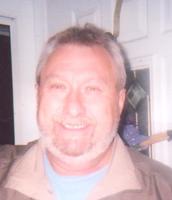